Asilomar Conference Grounds, home to the world’s largest collection of Julia Morgan designed buildings, will literally and figuratively set the stage for an original live theater production “Becoming Julia Morgan” December 18-21. The historic Pacific Grove retreat, designed and built in part by Julia Morgan as a YWCA camp in 1913, will present the play in the Grace M. Dodge Chapel Auditorium, a classic and highly revered example of Morgan’s signature Arts and Crafts style built in 1915.

Written by Bay Area playwright Belinda Taylor, “Becoming Julia Morgan” is a two-act play that chronicles the life and career of California architectural pioneer Julia Morgan. The dramatic production follows her life over a six-year period, 1931-1937, with flashbacks to her student days at UC Berkeley

and L’Ecole de Beaux-Arts in Paris, and a flash-forward to modern times. The play involves a San Francisco Examiner reporter who tries valiantly to overcome her no-nonsense, deeply private persona while trying to write her biography. The ensemble production will feature four actors playing a total of 17 characters, including Laura Akard as Julia Morgan.

The family-friendly production will be offered at 8:00 pm on December 18, 19 and 20, plus a 2:00 pm matinee performance on December 21. Tickets are available at $25 per adult and $15 per child for the show only; $50 per adult and $30 per child for a show and dinner package; and $225 for a special show, dinner and overnight lodging package. The overnight package is based on double occupancy and includes full breakfast for two plus a special keepsake book about Julia Morgan.

Paying further homage to Morgan, all related show festivities will be held in historic Asilomar buildings that were designed by the famous architect. Evening performances begin with a beer and wine reception in the Phoebe Apperson Hearst Social Hall, which was Morgan’s first completed building in 1913; pre-theater dinner is offered in the nostalgic Crocker Dining Hall, which showcases an interpretive display of archival photos; and the play will grace the expansive stage of the Grace M. Dodge Chapel Auditorium, which recently underwent a $1.2 million restoration project to conform to modern building codes while painstakingly preserving Morgan’s period-specific integrity.

“We are thrilled to sponsor Ms. Taylor’s brilliant production, which is the first full-length play chronicling Julia Morgan’s life and career”, said Scott McQuiston, Asilomar Front Desk Manager and the play’s director. “Not only is Asilomar the perfect stage for this production, but the holiday period is an ideal time for such an inspiring story about an important figure whose local architectural contributions have been recognized worldwide.”

Reservations and ticket information for the production of “Becoming Julia Morgan” is available by calling 831-372-8016. Reservations are advised for the dinner and/or overnight lodging package; show only tickets are available for purchase on a space available basis prior to the performance.

Tucked on 107 scenic acres along the Asilomar State Beach and Monterey Bay National Marine Sanctuary, Asilomar Conference Grounds welcomes guests in 312 ocean- and forest-view rooms. Boasting 29,000 square feet of meeting space, the historic retreat is centrally located in the charming town of Pacific Grove , just minutes from the Monterey Bay Aquarium, Cannery Row, the scenic 17-Mile Drive , a host of golf courses, wineries and restaurants.  But, perhaps its most distinguishing feature is its rich history and the buildings designed by Julia Morgan. As California ’s first licensed female architect who assisted in the creation of Hearst Castle , Morgan created Asilomar’s original 15 structures between 1913 and 1928. Thirteen structures remain today and combined constitute her largest collection of Arts & Crafts style architecture in one location.  These structures were listed as a National Historic landmark in 1987 and are listed on the Registrar of Historic Places. 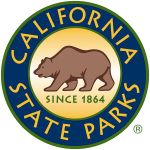 This originally opened at the California Stage in Midtown Sacramento, starring Janice Stevens. The play was great and Steven's performance equally great. Hope it has a successful run.