Nic Fiore: The Likes of this California Hero Won't Be Seen Again!
by Barbara L. Steinberg© 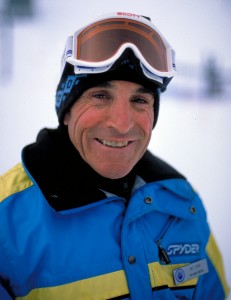 I feel very blessed to count myself among the thousands of Yosemite Badger Pass visitors to have experienced the aura and joy that was Nic Fiore. Nic Fiore defined the spirit of Yosemite and with his passing last week, an era has truly come to an end.

A Badger Pass ski instructor for more than 50 years, Nic Fiore was a legend to tens of thousands of novice skiers whose good fortune brought them under his wing.

I don't ski. I never did. But meeting Nic Fiore was the highlight of a winter's visit to Badger Pass.  He was already more than 80 years old, he oozed youth, health, and exuberance. I watched in wonder as he zigged and zagged down the snowy slopes with skiers 40 to 50 years his junior.  I was enthralled listening to his stories and, in particular, the story of his arrival at Yosemite. A young, handsome Canadian...he came...and never departed.

I will never forget that day. That experience. That Nic! Truly, one of a kind! And along with countless of Californians, Yosemite National Park staff, and Nic Fiore fans around the world...I mourn the loss of this California icon.

Nic Fiore arrived in Yosemite Valley on a snowy night in 1947 to work as a ski instructor at Yosemite’s Badger Pass.  He slogged through three feet of snow to his dormitory, exhausted from the transcontinental train trip from his native Montreal and the following morning met ski school director, Luggi Foeger.  Until that moment Fiore hadn’t seen the valley’s sheer walls.  The 27-year-old ski instructor turned to his new director and, while looking up, exclaimed, “Luggi, this is fantastic, but where do the beginners ski!?”

In the 57 years following his arrival in Yosemite National Park, Nic Fiore answered that question like no other American ski instructor, teaching some 137,500 people how to ski at Badger Pass.  He retired in 2004, after teaching skiing for more than 60 years.  His career began in 1940 as an Army Ski Instructor for the Royal Canadian Armed Forces.  Following World War II he became certified by the Canadian Ski Instructor’s Alliance and taught skiing in Canada’s Laurentian mountains, before moving to Yosemite.

Fiore, who died Tuesday in Fresno at age 89, is believed to have taught more people to ski than any other ski instructor in North America.  Thousands of baby boomers were introduced to skiing at dry land ski schools conducted by him during the 1950s and ‘60s, and he became a Yosemite institution not only in winter.  He also managed the Glacier Point Hotel, Big Trees Lodge, Hotel Wawona and Yosemite Lodge, and in 1966, began directing Yosemite High Sierra Camps, often walking from five to 25 miles a day between camps.

In 1965, Nic Fiore authored the ski technique guide, “So You Want to Ski” and, in 1967, he was selected by the French government to represent the United States at its prestigious French National Ski Instructor’s academy in Chamonix.  Fiore subsequently coordinated similar exchanges in the U.S. to improve American ski instruction techniques.

For many years, Nic Fiore served as Executive Director of the Professional Ski Instructors of America/Western Division and became the only person to receive both the Northern California and Nevada Ski Media Association and the Southern California Association of Ski Writers awards for outstanding contributions to the sport of skiing.  Fiore is the only ski instructor ever to have been inducted into the California Tourism Hall of Fame and the California Outdoor Hall of Fame.  He was also nominated three times to the U.S. National Ski and Snowboard Hall of Fame.

The venerable Yosemite Winter Club, one of the oldest ski clubs in the western United States named its highest award in his honor.  The club’s Nic Fiore Award is presented annually to “an individual who demonstrates enthusiasm, commitment and a love of winter sports” as did Fiore.  Though, the honor he cherished most were the three generations of skiers who would crowd around him at ski shows in Los Angeles and San Francisco, seeking a moment with their instructor, the energetic and joyful Nic Fiore.

Badger Pass is one of America’s smallest ski area, but is widely recognized for its excellence as a place to learn to ski and snowboardboard, credited to Nic Fiore’s legacy as its longtime director of skiing. While some contributions to skisport happen in an instant, his occurred over 60 years.  Nic Fiore never earned more than a ski instructor’s wage, yet said his reward was in passing the joy of skiing to three generations of skiers.

He is survived by two daughters, eight grandchildren and five brothers and sisters.  A memorial service in Nic Fiore’s honor is planned to occur at Yosemite’s Badger Pass ski area in autumn.  His family has asked that contributions be made in his memory to The Yosemite Fund (yosemitefund.org) and the Air Warrior Courage Foundation (airwarriorcourage.org).

All you scrapbook fans won't want to miss this sticker sale!

Extra Added Attraction!
From 9:00 to 1:00 Dogs from the Sonoma County Humane Society will be Available for Adoption.
They would love to see you and, perhaps, one of them just might be right for your family.
Woof! Woof! Zelda's has been part of Sacramento's Midtown scene for as long as I can remember. And what I also remember -- as all Zelda's fans do -- is to call ahead for your pizza.  As the website so clearly states.

Zelda's pizza (ca. 1978) are well-worth the wait., but the bar is small and the restaurant almost as small. And pies of this depth take time...lots of time. So they ask that you order ahead and they'll let you know (approximately) what time to arrive in order to "meet" your pizza at the table.

What has prompted this review, is that Zelda's is currently surrounded by a construction-styled war zone.

that, yes, Zelda's is OPEN! The front door encapsulated in plywood while the construction project is in progress.

Don't be deterred. Brave the barriers and enjoy a Sacramento favorite.Owner Zelda Breslin, who passed away in 2006, never advertised. So this bit of free press is just one way of saying thanks for so many years providing Sacramento's most popular Chicago-style pizzapie. Thanks, Zelda!

Inn Marin is Great Getaway to The Bay

Especially During the Novato Festival of Art, Wine & Music by Barbara L. Steinberg©

Even this Sacramento Insider looks to escape. The options are endless but I just love anything Bay Area. In this case, I will be running off to Novato in Marin County.  A leisurely getaway to Inn Marin is just what the doctor ordered!

Once you arrive, you won't have to go far to keep yourself entertained and relaxed. The Inn Marin has it's own wonderful restaurant for dinner and jazz, Rickey's Restaurant & Bar. Five beautiful acres, outdoor pool & spa, continental breakfast, state-of-the art amenities and Pet Friendly...Fido needs a break, too!

The 26th annual Novato Festival of Art, Wine & Music is definitely the place to be this weekend. And...read my lips...admission is F-R-E-E!!! Great entertainment and tons of fun for kids...Moms & Dads might want to tag along.  Beer & wine garden, arts & crafts, and marvelous Marin County weather!

Island Packers Cruises, an authorized concessionaire to the Channel Islands National Park, invites visitors to enjoy a coastal adventure off the Ventura County coast aboard the Bill of Rights tall ship, which recently established its home port in Channel Islands Harbor, Oxnard.

The Bill of Rights, a 136-foot double-mast gaff rig top sail schooner built in 1971, is now available for three-hour coastal cruises with Island Packers, both Saturdays and Sundays, 10 a.m. to 1 p.m. and 2 p.m. to 5 p.m.  Enjoy the sailing adventure while keeping a watchful eye out for dolphins, seals, sea lions and other marine life or put a little more adventure in your life by helping the crew sail the historic ship.

Constructed of wood and christened at the prominent Harvey Gamage Shipyard in South Bristol, Maine, the Bill of Rights led the tall ships parade through New York Harbor in 1976 when America celebrated its 200th birthday.  The ship was converted from a traditional fishing schooner to a school ship after the bicentennial and has been educating youth ever since through the American Tall Ship Institute now based in Channel Islands Harbor.  The Bill of Rights programs include marine biology, environmental studies and maritime history.

The Bill of Rights accommodates up to 80 passengers, and visitors are encouraged to bring food and beverages for the day and layers of warm clothing.  Advanced reservations are recommended. 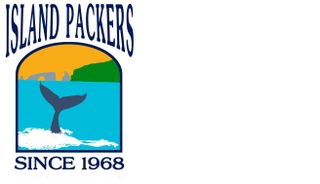