Set Up Fund for Victims’ Families

The California Department of Fish and Game (DFG) and California Association of Professional Scientists (CAPS) remembers and honors their fallen colleagues.

January 5, 2010, Clu Cotter, DFG Associate Biologist, 48 years old, Kevin O'Connor, DFG Senior Biologist Supervisor, 40 years old, and Tom Stolberg, DFG Scientific Aide, 31 years old, all of Fresno, lost their lives in a helicopter crash. Helicopter pilot Dennis (Mike) Donovan of Landells Aviation, also lost his life. They were on a routine aerial deer survey when the crash occurred in a remote section of Madera County. An investigation is under way into the cause of the crash.

McCamman immediately instituted critical incident counseling teams to work with DFG staff to help them deal with the loss of their coworkers. DFG is also working with the victims’ families to offer support.

“Fish and Game employees are very much like a big family and this is a tremendous loss to our team,” said Director McCamman. “We will continue to do everything we can to help the victims’ families and our employees during this difficult time.”

DFG annually conducts helicopter surveys to track trends in California deer populations. Surveys are conducted from the air because of cost-effectiveness compared to ground surveys, access to remote
locations and to reduce bias compared to road-based observation. DFG has grounded all helicopter surveys and captures until further notice.

CAPS has established a memorial fund for the three biologists and helicopter pilot killed in the crash in Madera County.  CAPS welcomes donations to this account which will benefit the families of Department of Fish & Game employees Clu Cotter, Kevin O'Connor, and Tom Stolberg, and helicopter pilot Dennis Donovan.

"State scientists are a very tight-knit group," said CAPS President Patty Velez, a state Environmental Scientist at the Department of Fish & Game's Monterey office. "We want to make sure we do everything we can to help the families during this time of tragedy."
CAPS is soliciting contributions from the general public and from its own members.  CAPS appreciates the assistance and cooperation provided by the Department of Fish and Game for this effort.
CAPS is also working to ensure that its member's beneficiaries receive the benefit of every insurance and related program to which they are entitled.  This includes a special provision in the CAPS Memorandum of Understanding, Section 5.11, which provides a $50,000 air travel benefit to DFG scientists killed while flying during the course of their work.  CAPS negotiated this provision years ago in part due to a DFG helicopter crash which proved fatal to two biologists in 1992.
Checks made out to the "State Biologists' Memorial Fund" can be sent to:
State Biologists' Memorial Fund
c/o CAPS
455 Capitol Mall, Suite 500
Sacramento, CA 95814
Unfortunately, contributions are not tax deductible.

Thanks for your support!!

Memorial services have been arranged for  Clu Cotter, Kevin Connor and Tom Stolberg.  They will be held Thursday, January 14, 2010, at 1 PM at the Northside Christian Church. 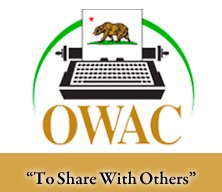 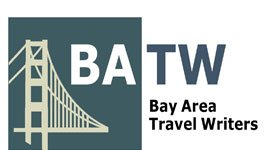