Days are getting longer, temperatures are warming up and there is a hint of spring in the air.  If you’re suffering from cabin fever, don’t despair, your tonic is only a few miles away in good natured Fairfield!

Conveniently located along Interstate 80 between San Francisco and Sacramento, Fairfield is the ideal destination to enjoy a springtime escape.  Visitors can expect an array of lodging choices and packages, wineries to discover, delicious dining options, unique attractions, and plenty of special events and activities to chase away the wintertime blues.

So, put away your umbrella and overcoat and check out this list of ten popular things to do and see this spring. 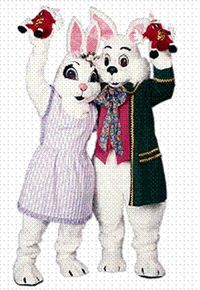 1. Brunch with the Bunnies at Jelly Belly.  Bring your children to the Jelly Belly Factory in Fairfield on Saturday, April 3 between 10:30 a.m. and 12:00 p.m. for a special brunch with Wendell & Wendy Bunnies and Mr. Jelly Belly. In addition to a delicious meal, there will be entertainment and goody bags for the kids.  The brunch takes place in the Grand Bean Room on the second floor of the Jelly Belly Visitor Center.  Don’t forget to take a FREE factory tour and sample some of the more than 5o flavors from Cream Soda and Root Beer to Mango and Marshmallow, and new this year, Honey Bean flavor.  Price for Brunch:  $21.98 per person and FREE for children 2 & under. For reservations, visit www.JellyBelly.com. Be sure to bring your camera!

3. Scenic Limited Wildflower Excursions at the Western Railway Museum.  The Western Railway Museum at Rio Vista Junction will be running special Scenic Limited trains every Wednesday, Saturday and Sunday in April at 11 a.m., 12:30 p.m., and 2 p.m. to view wildflowers, such as poppies, goldfields, brass buttons, vetch, and sheep’s sorrel.  The Scenic Limited takes visitors five miles down the old Sacramento Northern Railway, south from Highway 12.  During the hour long train ride, passengers will have an opportunity to view impressive displays of native wildflowers that cover the hillsides and fields.  Fares:  $10 for Adults; $9 for Seniors (65 years and older); and $7 for Children (ages 2 – 14).  First Class service is $5 extra.  (707) 374-2978. www.WRM.org. 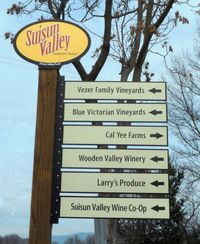 7. Tee it Up at a Fairfield Golf Course.  Fairfield is home to the top two 18-hole golf courses in Solano County – Paradise Valley and Rancho Solano. Paradise Valley, praised as being the number one golf course in Solano County and best value in the North Bay area, has a spectacular layout that is enhanced by oak studded fairways and meandering creeks. It’s a favorite for golfers who enjoy a walking round of golf and is playable for golfers of all abilities. Rancho Solano, known for having a beautiful country-club-like setting, has an alluring layout with hilly terrain and undulated greens that add character to the golf course. Scenic lakes, elevated tees and well placed bunkers provide interesting features that contribute to the excitement of playing this course.  Several other challenging courses are an easy drive from Fairfield.

8. Go Behind the Scenes on an Anheuser-Busch Beermaster Tour.  The Beermaster Tour takes a look at the brewing of Budweiser and includes a visit to the Brew House, Finishing Cellar, Lager Cellar, and packaging facility.  The two-hour tour concludes in the Hospitality Room with a product flight demonstration and product sampling.  Participants will receive a variety of gifts compliments of Anheuser-Busch.  Cost: $25 for adults and $10 for youth ages 13 to 20.  Guests 13 to 20 years of age must be accompanied by an adult.  For reservations, call (707) 429-7595 or e-mail fairfieldbrewerytour@budweisertours.com. 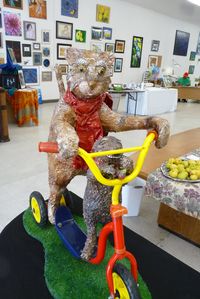 10. Art is in the Eye of the Beholder. Now through March 27, experience more than 100 works of art at the 47th Annual Regional Juried Art Show produced by the Fairfield Visual Arts Association.  Some 400 artists, nationwide, submit entries representing all medium – oil, watercolor, ceramic, fiber, textile, photography, and more.  Entries are judged and displayed at the Fairfield Center Gallery at the Fairfield Center for Creative Arts at 1035 Texas Street in downtown Fairfield.  The exhibit is open Thursday through Saturday from 12 p.m. to 3 p.m.  Admission is FREE.  www.FairfieldVisualArts.org.

Take your time exploring what Fairfield and the surrounding area has to offer and stay in one of the city’s 18 hotels that offer affordable and comfortable overnight accommodations.  Stay and play, or tour the region – either way, Fairfield is the perfect base camp for a spring escape.

The following article was originally published in the Sacramento News & Review, January 21, 2010. This episode in my life still has me wondering. There are still no answers. Dale would probably tell me to stop asking questions.

The word of the day is reconnected.

“I just reconnected with so-and-so!” It’s the latest thing, thanks to the magic of Facebook and the great pastime called “social networking.” Honestly, I never understood the phenomenon or the fascination with spending hours and hours recounting pointless bits of information. Was this really reconnecting?

But a recent Facebook encounter has me looking at social networking in a whole new light. It also has me asking some big questions of the Universe.

Recently, I decided to attempt a modern-day, Facebook reconnect with a friend from the past named Dale H. The two of us met in 1986, dated briefly and then went our separate ways.

Thursday, December 3: Just a few keystrokes and poof! Simple! I located Dale on Facebook and sent him a message.

Friday, December 4: Dale responded. He was happy to hear from me and provided a phone number. We made voice contact. He was living in Los Angeles but spending time in Sacramento caring for his elderly parents.

Saturday, December 5: We are supposed to get together, but missed the opportunity. He had things going on.

Sunday, December 6: We spoke again and say we’ll hook up sometime in the next week or two. Maybe breakfast at the Fox & Goose where we met 23 years ago?

Wednesday, December 9: My cell phone rang. “This is Barbara,” I said.

“This is his daughter,” the voice told me. “I wanted to let you know my dad died this morning.”

Needless to say, I was stunned. Dale was a young man; just 51 years old.

I was left to wonder, “Why? Why now? Why Facebook?” Was this another case of “be careful what you wish for”? Or was there some other ultimate social-networking lesson to be learned?

Esoterically, a friend told me, “Somehow, he reached out to you to find him.” And I liked that explanation and that idea that, somehow, the phenomenon of social networking brought us back together, even if just for a moment. His family didn’t know who to call and found my number on his cell phone. I had a few people I could reach to let them know what had happened to Dale—some, strangely enough, through his Facebook account.

I have told this story of my ultimate social-networking experience repeatedly to family, friends and strangers. Thanks to Dale, I now say to everyone: If there’s someone out there you’re missing … someone you have wanted to find—reach out and reconnect. Don’t wait!

It's all about the Sol

I remember the old Sol Collective. Urban and edgy in its Del Paso Boulevard location. I traveled there to meet one of the resident artists known as 2Hermano while researching an article about the new wave of "Urban Tattoos" popping up throughout Sacramento. Urban Tattoos was coined by a friend, Bonita, as I struggled to define this fantastic art form...and wanting to steer clear of its "graffitt" roots. To this day, I still refer to Urban Tattoos; their numbers have spread.

It was a sad day when I learned that Sol Collective had been destroyed by a "suspicious" fire. It was not just another art gallery, but a place where young artists could come and explore and learn. Some didn't see it as a positive...just a bunch of "taggers". Perhaps...in some other life. But at Sol Collective they were putting a postive spin on their incredible artistic talents. Imagine someone calling Sacramento Code Enforcement to report the image ofFrida Kahlo as "graffitti" and wanting it removed. This actually happened.

Sol Collective has risen from the ashes and re-opens tonight at a new location south of Broadyway. Again, it's not just a gallery but a place for all-ages to explore their creative selves.  Come out and embrace the rebirth of the Mecca of Sacramento's Urban Tattoos...and so much more.

For more information, read the article in the Sacramento Bee.
Check out the Midtown Alley Project (M.A.P.) which is helping to expand the world of urban tattoos.