« How do I spell loyalty? Subaru! | Main | California vacation cottages at Ada's Place are delightful »

Conserving the Sierra Nevada One Relationship at a Time 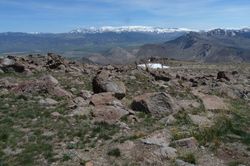 California’s natural landmarks are many. A coastline like no other – 1,200 miles long from San Diego’s welcoming surf to the rugged cold of northern California; sweltering deserts and fertile valleys of inspiring beauty and extremes; and every possible biome from wetlands to grasslands and rolling fields of wildflowers.

World-famous attractions, they share a symbiotic relationship with one of California’s most majestic and natural markers, the Sierra Nevada mountain range. The backbone and spine of California, the Sierra Nevada provides 60-65 percent of California’s water and comprises nearly 25 percent of the State’s land area, or 25 million acres. The Sierra is an economic engine for communities throughout California providing millions of visitors with recreational opportunities from skiing and hiking to wildlife, nature, and cultural heritage tourism to boating, fishing, hunting, camping and more.

The Sierra Nevada includes 212 communities with more than 600,000 residents. It sustains a growing tourism and recreation industry involving more than 50 million recreation visit days a year, and provides up to 50 percent of California's annual timber yield. 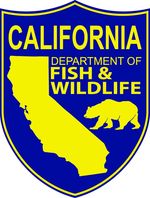 The region is home to 60 percent of California’s animals (vertebrates) – about 572 distinct species. More than one-third of these animal species are listed by the California Department of Fish and Wildlife (DFW) as rare, threatened, or endangered species that are declining in California.

In an effort to support the health and assets of one of the most significant natural and biologically diverse regions in the world, the Sierra Nevada Conservancy (SNC) was created. It was signed into law in 2004 by bi-partisan legislation with the understanding that the environmental, economic and social well-being of the Sierra Nevada and its communities are intimately linked and that the region and State of California would benefit. All or part of 22 counties make-up the six Sierra Nevada Conservancy regions – from Modoc County to the far north to Inyo County in the south and Gold Country and Central Valley territories in the heart of California.

The Conservancy’s symbiotic relationships stretch beyond their namesake mountain range. Bob Kingman, Mt. Lassen Area Manager, has bridged many of these relationships including with the DFW. “We are sister agencies under the Natural Resources Agency umbrella,” according to Bob, “From the outsider’s perspective it may seem like an unlikely partnership.” SNC works with local nonprofit partners to expand and promote the DFW’s mission of habitat and wildlife conservation.

n the mission can be all-consuming. “Our plate is so full but we are always looking at new opportunities…there are great things that can happen when we work together. The California Watchable Wildlife (CAWW) photo contest is just one of those opportunities. We view this as a great opportunity to build more collaborative and leveraged relationships with overlapping missions.” The partnership with California Watchable Wildlife furthers the missions of both SNC and DFW.

In 2013 SNC added their sponsorship to the California Wildlife Photo of the Year Contest, launched by California Watchable Wildlife and Outdoor California in 2011.

The bi-monthly contest attracts professional and amateur photographers from around the state. Hundreds of images of mammals, reptiles, insects and aquatic species in their native habit have been submitted, providing a much needed image library for all three sponsoring organizations. Winning photos are featured in Outdoor California, the DFW’s bi-monthly magazine.

The contest is another opportunity to increase awareness of the diversity of species in the Sierra Nevada, which provides resources not only for local fauna but that support the rest of the state’s wildlife. For example, water that supports critical Delta habitats starts as water in the upper watersheds.

The resources of SNC are addressing a much broader spectrum of seven legislatively mandated Program Areas: tourism and recreation, working landscapes, reducing risks of natural hazards such as wildfire, air and water quality, supporting local economies, and preserving the physical, cultural, archaeological, historical and living resources of the region– things they do to support the sweet spot of DFW is just one part of the relationship. Without the complete health of the communities and relationships – it all suffers.  It’s all interconnected and advancing the well-being of all is critical. 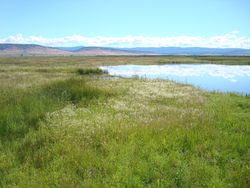 That interconnectivity includes SNC’s support of other DFW projects including restoration of Ash Creek Wildlife Management Area – an official California Watchable Wildlife viewing site. Phase 1 of the project restored 1,232 acres of floodplain wetlands. Project planners anticipate that Phase 2 and 3 will restore an additional 1,200 acres of important wetland habitat.  “This was too big for any single partner,” said Project Manager Todd Sloat with Pit Resource Conservation District (PRDC). “We advocated to DFW to add partners to tackle this project.  SNC initially invested in the design phase, then later contributed a large portion of funds to  implement the plan.”

“Furthermore,” Todd said, “SNC’s grant programs are unique in their focus on great stream and meadow projects. These are special to Resource Conservation Districts. SNC is often the primary funding source and those funds improve not only the environment, but also the local economy and quality of life.”

Most recently, the SNC has been heavily investing in addressing the declining health of the region’s forests, which are critical to the continued natural production of clean water for the state, and also provides millions of acres of wildlife habitat.

The legislation that created the conservancy mandated it to preserve biological resources of the region. Hunting and fishing, outdoor recreation and wildlife are a huge economic segment of the region’s economy. California is the epitome of a west that is rich in fauna and flora. Part of SNC’s mission is to insure that it remains that way for the present and future.  More about the SNC can be learned by visiting their website at www.SierraNevada.ca.gov.