Stockton Chinese New Year Parade came in like a Lion 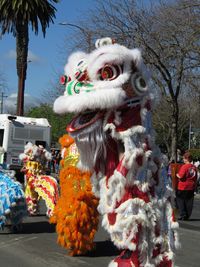 The traditional Lion Dancers were the most exciting and colorful part of the day-long event. A tradition in China since 619 A.D. and the Tong Dynasty, Kung Fu is the foundation of this beautiful art form. Lion Dancers develop their stances and conditioning based on this martial art.

Following the parade, the festival included a vendors, food, and more Lion Dancing. Join us in Celebrating Stockton.

California Rice is good for the region, the world, and wildlife

We don’t want to bore you, but the statistics are staggering! They validate why the Sacramento Valley (and all of California) reigns as the heart of America’s Farm-to-Fork movement. The region claims more than 7,200 farms and 150 unique crops. Just over 1.4 million acres of  the region’s six-county land base are devoted to agricultural production with about 20 commissions and 40 marketing and promotion boards working to support and market the growers they represent.

One such organization, the California Rice Commission, helped elevate the presence of sweet rice locally and throughout the world.  Our region’s history is deliciously plentiful – agriculturally and culturally.

Our region’s present is inextricably linked to its past. In 1849, the Gold Rush brought thousands of Chinese to the region. Growing rice to meet the demand was unsuccessful for 50 years. The problem? Farmers were trying to grow long grain rice to meet the demand for rice consumption. It’s great for the tropics, but not Sacramento Valley’s Mediterranean climate. Enter 1908 and the introduction of Japonica rice. It thrived in our temperate climate. “They struck gold twice!” exclaimed Tim Johnson, President/CEO, California Rice Commission. “The first successful crops were centered just south of Chico – Biggs and Fruitvale – the climate and heavy clay soils were perfect!” The combination led to an industry that produced 550,000 acres of rice in 2013 with 97 percent of the state’s rice crop grown in the Sacramento Valley.  All the sushi rice – a Japonica – used in the USA is grown here and exported all over the world. Now that’s an OMG! factoid.

ful benefits of vitamins and minerals, too.  However, it also enriches our environment and lives in a very special way. Mostly gone are the days when rice straw was burned after harvest – reducing our air quality. Today, grain harvesters disk 350 pounds of grain per acre after which most rice paddies are flooded.  This attracts insects and creates about 700 pounds of food per acre attracting wildlife -- waterfowl and shorebirds -- along the Pacific Flyway.  “This was a new revelation – we didn’t know how important the rice fields are to them.” Thousands of birds descend each year inundating the fields. Wildlife and nature tourism provides a secondary boost to local economies. Numerous wildlife festivals have been created encouraging everyone – with a special emphasis on children – to get outdoors and engage. The benefits are huge. Healthy minds are healthy bodies.