California Rambling: Worth of Water: The Problem by John Poimiroo

This is the first in a series on the Sierra Nevada watershed which originally appeared in the Mountain Democrat, California's oldest newspaper, established in 1851. Two additional articles explore solutions and describe benefits for El Dorado County.

California’s Sierra Nevada watershed provides over two-thirds of the water used by Californians and irrigates some 750,000 acres of farml 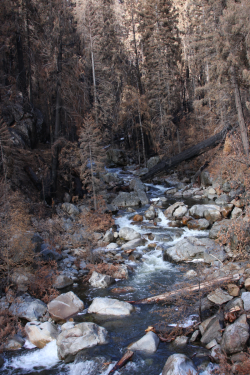 and. It is essential to our populace, economy and way of life.

Considering how vital the Sierra Nevada watershed is to California, one would think the State would be doing all it can to maintain the watershed and restore it, but that isn’t happening.

In 2014, California voters approved $7.5 billion in general obligation bonds (Proposition 1) to increase water storage, water quality, flood protection and watershed protection and restoration. In comparison, they have approved $64 to $98 billion for a bullet train that will, once it is completed, serve a small fraction of those who depend upon the Sierra Nevada watershed.

Where will we go on that train, if there’s no water at the other end of the line?

Considering the importance of a clean and abundant water supply for a growing population, industry and agriculture, the restoration of the Sierra Nevada watershed should be a priority, though it doesn’t appear to be.

The Sierra Nevada Conservancy (SNC), a state agency, states, “Right now, the Sierra Nevada region is at a critical point. A century of fire suppression, a shortage of restoration efforts, and years of drought have placed Sierra forests, lakes, meadows and streams at incredible risk.”

Last year alone, more than 29 million trees in California died as a result of drought, insects and disease, up from 3.3 million the previous year. Eighty percent of those trees were in the Sierra Nevada, and a dead tree does little to prevent erosion. 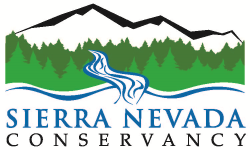 Wildfires are becoming larger and more severe, as well. SNC reports that between 1984 and 2010, the number of wildfire acres that burned at high intensity rose by 50%. The 2013 Rim and 2014 King fires continued that trend with about half of the acreage burning at high intensity.

The U.S. Forest Service (USFS) estimated following the King fire that during a five-year storm event, the equivalent of 226,000 dump trucks full of sediment can be expected to enter the Rubicon River watershed.

Similarly, Pine Flat Reservoir, downstream from the 2015 Rough fire, is vulnerable. SNC predicts that should a ten-year storm event occur, upwards of 2,000-acre-feet of sediment could get deposited in the lake, displacing enough water to supply 2,000 families for a year.

Those trees are not just essential to preventing sediment from being deposited in the watershed, but also to cleaning the air by absorbing carbon dioxide. Almost half of the carbon absorbed by California’s forests is stored by Sierra Nevada forests, enough to offset the annual emissions of more than 1,000 coal-fired power plants.

Sierra Nevada meadows are as threatened as are reservoirs; they’re important to capturing snow-melt and releasing it slowly through dry months. Meadows also filter sediment and pollutants, contributing to higher quality drinking water. However, many Sierra meadows have become degraded by wildfires and dead forests, diminishing their capacity to filter and store water.

The USFS regional forester estimated in 2011 that 500,000 acres need to be restored each year to improve forest health and watershed reliability.  However, that’s two to three times greater than what’s being restored today.

Funding has been the primary barrier to increasing the pace and scale of restoration across the Sierra, though other challenges exist. Among them, the Sierra Nevada Watershed Improvement Program lists: improving coordination between federal, state and local agencies, adjusting air quality regulations to allow controlled burns that help thin forests susceptible to holocaustic wildfires, dedicating funds to restoration so that they are not used for other purposes, faster processing of environmental assessments, and establishing mills and plants necessary to process the timber and create new profitable and sustainable markets and uses for it.

What Thomas Fuller wrote 284 years ago, has never been truer. Let’s not wait till the well is dry to know the worth of water.

California Rambling: Worth of Water: The Solutions by John Poimiroo

California Rambling: Worth of Water: The Benefits by John Poimiroo

As originally published in the Mountain Democrat by John Poimiroo 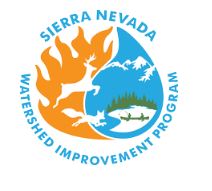