Presentations - Building 221, 880 Walnut Ave Mare Island Vallejo CA
For this year's Flyway Festival, organizers welcome a team of staff from the Yukon Flats National Wildlife Refuge in Alaska. Nathan Hawkaluk - Deputy Refuge Manager, Heather Bartlett - Wildlife Refuge Specialist  and Julie Mahler - Rural Resident of the Yukon Flats will give a talk at the Wildlife Expo, Building 221, 880 Walnut Ave. on Mare Island in Vallejo, CA both Saturday, February 11 and Sunday, February 12 at 1:00pmentitled:  "Alaska’s Yukon Flats National Wildlife Refuge: Feeding the Flyways, Sustaining the Residents". The Yukon Flats National Wildlife Refuge is located in the interior of Alaska at the far northern end of the Pacific Flyway.
The speakers note that "Each autumn, millions of migratory birds that nest and raise their young on the Flats disperse, spreading across much of the globe to be shared and enjoyed by countless others who appreciate wildlife and wild places. This is the legacy of the Yukon Flats today – and tomorrow. Come learn from Refuge staff about how these migratory birds connect Alaska with California and the San Pablo Bay. Get a glimpse of what it’s like to live, work, and be part of a community in the Far North and learn how Alaska’s public lands support conservation in your backyard." 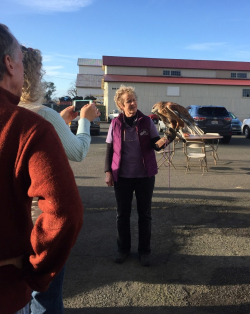 Native Bird Connections, a wild bird rehab and education center based in Martinez, CA will once again give its “standing-room-only” live bird shows both Saturday and Sunday at the Wildlife Expo from 11:30am-12:30:pm. Digital presentations include information about the surprising nesting of osprey in San Francisco Bay, not known to have occurred in the 20th or 21st centuries until about the year 2000; how to identify birds and use binoculars; why Ladybugs matter; backyard bird feeding tips and the history of the Mare Island Naval Hospital which will be combined with a visit to the grounds of the hospital founded more than 150 years ago, closed as a Navy hospital in 1957 and now the campus of Touro University.
For the second season “re:sound migration”, an experimental sound art project created by Vallejo resident and sound artist Jen Boyd, will feature a number of other sound artists with a theme of birds and nature during the Flyway Festival. Performances take place Saturday, February 11 at the Mare Island Shoreline Heritage Preserve Building A-168 from 3:30pm-7:00pm. Visit re-sound.net for more details and a full list of all the participating artists.
Host and sponsoring organizations
Once again, Mare Island Heritage Trust, the nonprofit sponsor of the Festival, welcomes Vallejo Watershed Alliance, Vallejo Sanitation and Flood Control District, Friends of San Pablo Bay National Wildlife Refuge, San Francisco Bay Joint Venture, Napa Vine Trail Coalition, Vaca Valley Volks, Marin Audubon Society, and Sierra Club Solano Group. Lennar Mare Island LLC has generously contributed the headquarters building where the Flyway Festival Wildlife Expo takes place on Mare Island in Vallejo. 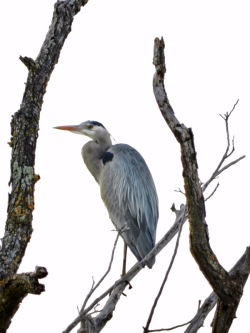 Regional guided and self-guided outings scheduled in Contra Costa, Sonoma, Napa and Solano counties - The annual migration celebration offers a range of guided and self-guided outings throughout the “north shore” region of the San Francisco Bay Area including birdwatching, natural history and recreational hikes led on Mare Island. Many of the hikes and outings are oriented to beginning and intermediate birders. Hawk watching outings led by experienced hawk specialists from the Sonoma Land Trust, West County Hawkwatch, the Golden Gate Raptor Observatory, Solano Land Trust and Napa Solano Audubon Society are expected to enjoy enthusiastic turnouts. Skaggs Island, the former US Navy communications facility and now a part of San Pablo Bay National Wildlife Refuge is not normally open to the public except during escorted outings like the total of six, two each day, scheduled during the Flyway Festival.
One of the most popular attractions this year, will be the three guided outings which are planned by the Friends of the San Pablo Bay National Wildlife Refuge on the newly restored more than 1200 acres of tidal wetlands at Cullinan Ranch, opened to the Bay’s waters for the first time in more than 150 years in the first part of January 2015. There is also self-guided walking and even a guided kayak and canoe access outing to this new marshland, as well as to a number of other National Refuge lands for birdwatching and hiking. Self-guided hiking and birdwatching can be done on California Department of Fish and Wildlife property in southern Napa County at the Green Island Unit and a number of Units of the San Pablo Bay National Wildlife Refuge in Sonoma, Napa and Solano counties. Sunday, February 12, 10:00am-2:00pm Solano Land Trust will offer a hawk watching hike in Lynch Canyon Open Space led by hawk expert Larry Broderick, West County Hawkwatch. The Solano Land Trust also offers a hike in the Rockville Hills Preserve which does require pre-registration. Two guided hawk watching hikes will also be given by Larry Broderick, West County Hawkwatch, hosted by Sonoma Land Trust, on the Dickson Unit of the San Pablo Bay National Wildlife Refuge, Saturday, February 11 at 10:00am and repeated at 12noon. Visit the Sonoma Land Trust website for details and to register (not required).
Mare Island Nature, Birding, Historic, Cultural, Recreational and Scenic Outings - For the 9th year the Flyway Festival welcomes the Vaca Valley Volkswalkers’ American Volkswalk Association sanctioned 6k to 11k walks on a designated route throughout Mare Island.
Mare Island outings will include guided walks Friday, Saturday and Sundayby local Audubon Society hike leaders and Mare Island Heritage Trust field guides. Hikes and driving birding outing on the Island include access to the Navy’s first ammunition depot in the Pacific founded in 1857 located in an area of the island designated as the 215-acre Mare Island Shoreline Heritage Preserve which will be open daily during the Festival from 9:00am-sunset with a “Very Informal” almost full moon party Saturday evening February 11 6:30pm-8:00pm for those interested in viewing the moon and sky from a telescope. Digiscoping with phones and cameras should be good in the Preserve with nesting great blue herons and possible osprey sightings. Other guided outings on Mare Island include beginning birding walks on the San Pablo Bay Wetlands Trail. Docent led history tours of the Mare Island Naval Cemetery will be offered both Saturday and Sunday from 12noon-2:00pm.
St. Peter’s Chapel, home to the most Tiffany stained-glass windows in a single site in the West, will be open for tours Saturday, February 11, and Sunday, February 12, 11:00am-3:00pm. The Mare Island Museum will be open Friday, February 10, 10:00am-2:00pm and Saturday February 11, 10:00am-4:00pm. Both require a $4.00 admission donation.
Flyway Festival Art Exhibition and opening reception
Artists and photographers will show original art work that depicts local wildlife, wetlands, marshes, and native habitats from San Francisco Bay to the ridgetops of Mt. Tamalpais and Mt. Diablo. The show is open to all ages and skill levels and the deadline for art entries has been extended to Monday, February 6. Artists’ work will be available for purchase at the Art Show beginning with its opening reception Friday evening, February 10 at 5:00pmand continuing through the two-day show, Saturday and Sunday, 9am-4pm.
Most Festival activities are free. Some require preregistration. For more information and directions, call or text Myrna Hayes 707-249-9633 or Sarah Cain 510-579-1008 or visit sfbayflywayfestival.com.
Digital photos available prior to and during the event. Call or text Myrna Hayes at 707-249-9633 cell or e-mail myrnahayes@mac.com