Sonoma County past and present 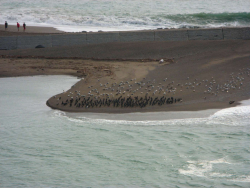 Sonoma County is nestled between the marsh-lined shores of San Francisco Bay, the tree-covered mountains of Mendocino, and the rugged cliffs of the Pacific Ocean. Settled by a mix of European immigrants, Spanish missionaries, and Mexican soldiers, it serves as a colorful introduction to California's early history.

Once known for its apples, prunes, and rangelands, Sonoma County now is noted for its grapes. The Northern California wine industry was founded here more than a century ago, and, since then, more than 60,000 acres have been planted in the vineyards from the valleys along the Russian River to the hills of the Carneros region. 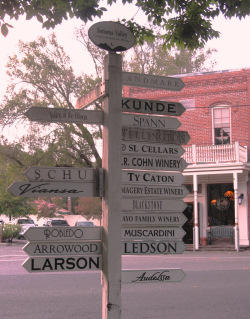 Sonoma County's soil and climate work well for cultivating some of the best grape varietals in the world. The larger wineries are open daily, year-round, and offer tours and wine sampling in spacious tasting rooms. Some of the smaller wineries require advance notice, but are eager to acquaint visitors with their facilities and vintages.

The town of Sonoma, the birthplace of the county, is located an hour's drive from San Francisco, on Highway 12. Its plaza, laid out by the Mexican General Mariano Vallejo in 1835, is surrounded by the largest collection of Mexican-era adobes north of Monterey, including the Mission San Francisco de Solano, built in 1823. These structures sit side by side with western-style false-front buildings and Italian basalt structures that today house the Toscano Hotel, the Blue Wing Inn, and Sonoma Barracks. Together with the mission, they form Sonoma State Historic Park. 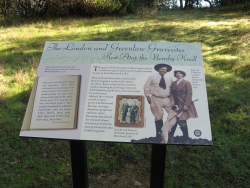 On the west side of town, is Lachryma Montis, the charming, Carpenter Gothic-style house where General Vallejo spent the last 35 years of his life. North Sonoma and about one-mile west of the town of Glen Ellen is the Jack London State Historic Park, established in 1959 to preserve the estate of the world-famous author.

Santa Rosa, the county seat and largest city in Sonoma County, is a convenient spot to establish headquarters for touring neighboring towns, wineries, and other points of interest. It provides a diverse range of accommodations and an extensive choice of restaurants.

The world-renowned horticulturist Luther Burbank selected Sonoma County as the ideal place to conduct his extensive plant-breeding experiments. In Santa Rosa, visitors may tour his greenhouse and modified Greek Revival home, with its original furnishings and memorabilia at the Luther Burbank Home & Gardens. 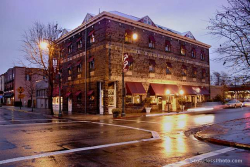 South of Santa Rosa lies Petaluma, where scenes from American Graffiti, Peggy Sue Got Married. Mumford and Cheaper by the Dozen (just to name a few) were filmed. Take a self-guided walking tou of the 1800s Iron From buildings and Victorian homes, survivors of the 1906 earthquake. On the outskirts of town is California's largest adobe structure, located in the the Petaluma Adobe State Historic Park, where General Vallejo built his rancho headquarters in 1834.

To the north of Santa Rosa, the city of Healdsburg named for the '49er who founded it, is a top wine-growing region. The Healdsburg Museum contains local history exhibits and artifacts dating back to 1850. including memorabilia from the town's Native American, pioneer, and agricultural past.

Located off Highway 101, north of Healdsburg and Geyserville, is Cloverdale. The Cloverdale Historical Society Museum houses memorabilia, a general store, and a Victorian parlor in a restored 1880 home. Camping and boating are available at nearby Lake Sonoma.

Sonoma County Farm Trails give visitors the opportunity to purchase directly from the county's farms. In the fall, roadside stands carry pumpkins and apples, especially Sonoma's famed juicy, tart Gravensteins. In May and June, strawberries, raspberries, and blueberries; mid-summer, field ripened tomatoes and corn are followed by Rome Beauty apples and in November and December, cut-your-own Christmas trees.

The Russian River watershed covers much of Sonoma County as well as portions of Mendocino County to the north and east, and extends south from Cloverdale through rolling hills and fertile valleys. The river passes through redwood and Douglas fir forests and such colorful resort towns as Monte Rio, Guerneville, Duncan Mills, and Forestville, on it's way to the oceanside village of Jenner by Sea. 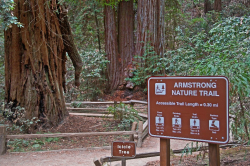 Located at the end of Highway 12, at the ocean's edges, is Bodega Bay, a working fishing village since it was settled by Spanish explorers in 1775. Ocean-going boats are available for deep-sea-fishing expeditions, and waterfront restaurants serve fresh local seafood.  North of Jenner is Fort Ross, a reconstructed fortress established by Russian seal hunters in 1812. Now a state historic park, it features a visitor center that houses interpretive exhibits of tools, arms, and other historic artifacts.

In Sonoma County Osmosis Day Spa Sanctuary is one of kind 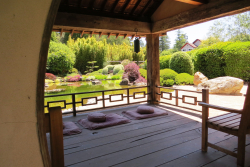 To say there is nothing like Osmosis Day Spa Sanctuary is not far from the truth. It is the only ceder/enzyme bath in the United States. An experience like no other, there are hardly words to describe the sublime nature of this Japanese therapy. This coupled with the beautiful gardens and atmosphere of the sanctuary, well, you must see it to understand just how special it is. From the moment you enter, your should feel all stress begin to fall away.

After donning a cotton kimono, your personal attendant quite literally tends to your every need. Relax and enjoy your enzyme tea as you gaze out on the Japanese Tea Garden. Once you are enveloped in the ceder/enzyme bath you'll be wondering why you hadn't done this sooner and asking yourself, "How soon can I do this again?" Following the bath, continue to unwind with a massage or partake of the meta-sync music, eye pillow and a 30-minute nap. The Zen zone was never better.

What a blessing to have enjoyed Osmosis more than once over the years. The addition of the Japanese Meditation Garden, could it get any better? Yes, and it did with the addition of a Field of Hammocks! 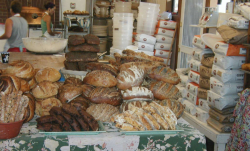 Osmosis is a treat  on your own, with friends, with lovers. Some say the experience is pricey; that's misleading. It's not inexpensive but it's worth the cost of this one-of-kind spa and certainly much less expensive than other spas I have visited.The ambiance is over the top. If you're lucky enough to visit Friday through Monday, be sure to visit Wild Flour Bread across the road. This bakery is to bread what Osmosis is to the "ahhh" in spa.

Take your time. Enjoy the drive to this darling hamlet in west Sonoma County. You'll want to ind a place to stay nearby and let all that wonderfulness take over. Unwind. Let go. And let Osmosis. It's a leisurely drive from the Bay Area or Sacramento.

Aggie Inn has all the right stuff 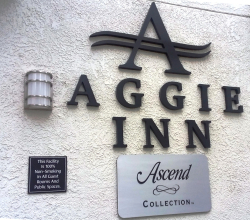 Rating: Star! Star! Star! Star! Star!
Another fiver on the review list. Located in Downtown Davis, California, the Aggie Inn, an Ascend Collection Member, provides all the right stuff.  Location, location, location? Absolutely. Walking distance to all the best including the iconic Davis Farmers Market (which also includes Picnic in the Park), dining, shopping, museums, art and the UC Davis campus. Park your car and walk, bike or bus your way around town. What's the rest of the right stuff? Well, complimentary bikes for hotel guests to help with that getting around. Rooms are amazingly quiet. Comfy beds with wonderful linens and, yes, the bath towels more than exceeded my expectations. Ear plugs - although the room was amazingly quiet. And reminders 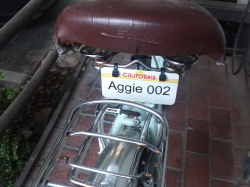 to "Save our planet" by saving water. A wonderful selection of bath amenities including a hair dryer. Keurig coffee maker, microwave and mini-fridge. Free breakfast. Free WiFi. If that's not enough, also love the fact it's less than a 1/2-mile to the Amtrak station. Bay Area and Sacramento folks this is the perfect "staycation", remember those? Just one minor quibble, if there must be one, is the desktop plug. In my room, the plug was underneath the desk. That could easily be relocated to desk level or provide another lamp with plugin. Would I stay here again? In a heartbeat!