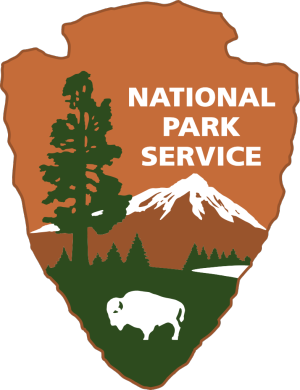 From the National Park Service:

Forty years ago, on March 5, 1980, Channel Islands National Park was established by Congress as our nation’s 40th national park. This act expanded the former national monument to include five islands— Santa Barbara, Anacapa, Santa Cruz, Santa Rosa and San Miguel Islands and the waters within one nautical mile of each island.

Critically important to the biological diversity of southern California, these islands and their encircling waters are home to thousands of species of plants and animal—nearly 150 of which are found nowhere else on Earth. 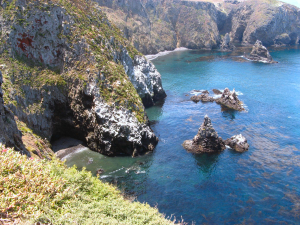 Channel Islands National Park Superintendent Ethan McKinley will deliver two lectures on the state of the park and future management actions on Thursday, March 5 at 7:00 pm and on Saturday, March 7 at 2:00 pm.

The public is invited to celebrate the park’s 40th anniversary at an event on March 7, from 9:00 am to 4:00 pm at the Channel Islands National Park Robert J. Lagomarsino Visitor Center. The free event features scientific lectures, Chumash storytelling, film showings, kids crafts and interactive programs, dock tours, and a native plant sale.

The event starts at 9:00 am with a California native plant sale plant sponsored by the Channel Islands Park Foundation and supported by volunteers from the Ventura County Master Gardeners. The sale is from 9:00 am to 1:00 pm and proceeds support the park’s native plant garden.

At 11:00 am, Santa Barbara Museum of Natural History Paleontologist Dr. Jonathan Hoffman will provide a lecture on the recently-discovered sea cow fossil on Santa Rosa Island. At 10:30 am and 1:30 pm, Channel Islands descendent Julie Tumamait-Stenslie will share Chumash storytelling.

Throughout the day, segments from the 2016 documentary, West of the West: Tales from California’s Channel Islands, will be shown. Produced by Sam Tyler and written and directed by Peter Seaman and Brent Sumner, the documentary provides an in-depth look into intriguing stories of island inhabitants and history.

Dock tours will be available for the public to have an up-close look at the National Park Service vessels. Biologists with the park’s kelp forest monitoring team will demonstrate the long-term monitoring techniques they use to better understand the health of the marine environment.

During the event, biologists and rangers will provide opportunities for children to learn about different careers in the National Park Service. Children’s activities will be available throughout the day, including a button-maker station and fish prints. A junior ranger station will allow children to complete activity booklets and earn junior ranger badges.

Channel Islands National Park preserves San Miguel, Santa Rosa, Santa Cruz, Anacapa, and Santa Barbara Islands and one mile of ocean around each island. Established by Congress in 1980, the park protects a rich array of natural and cultural resources. Often called the North American Galapagos, the islands are home to plants and animals found nowhere else in the world, including the diminutive island fox, the rare Santa Cruz Island scrub jay, and the island poppy. The park is essential in the lives of 99% of the sea birds of California and over 100,000 seals and sea lions. The largest animal ever to live on the earth, the blue whale, is a summer resident in the cold waters of the park. For more information, visit nps.gov/chis.

Posted at 10:19 AM in Omni-Local, Outdoor Recreation, Wildlife & Nature | Permalink