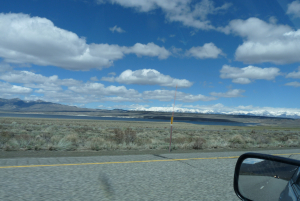 As we drive away from snow-crested Sierra,
Images of where we're going
Are not so beautiful as rearview images
Of where we've been. 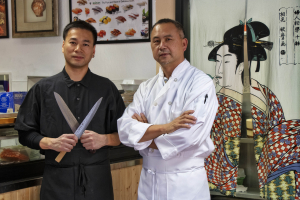 A newcomer to Stockton Boulevard, OBA Kitchen was the neighborhood’s only Japanese restaurant when it opened in 2017. Master Chef and owner Damond Lee saw the potential for OBA with its ready-made regulars from Louie’s Chinese Restaurant a neighborhood favorite for 27 years. Damond, along with his partner and Executive Chef Billy Huang, remodeled the interior with wooden floors, rustic Japanese chairs, and colorful murals.

“After immigrating to California in 1992, I began working as a dishwasher at a Japanese restaurant in Alameda. I was mentored by the owner, Master Chef Yamamoto, who taught me how to make sushi. It became my passion and thought if I open a restaurant, this is what I want to do! Start-up costs in the Bay Area were too high – along with living expenses – so we moved to Sacramento. We’ve now owned and operated five successful Japanese Restaurants. I met and hired Billy Huang mentoring him to prepare sushi. An excellent chef, he creates all the Chinese dishes and daily Chef Specials at OBA.”

“When we were looking for another location, we saw that UC Davis was expanding and wanted to be part of the evolution. Stockton Boulevard Partnership has facilitated many improvements along the corridor and around our restaurant. It feels safer now. There’s been lots of support from the neighborhood and UC Davis. We kept some “honor items” from Louie’s, the Chinese restaurant that previously inhabited the space. For their devoted clientele, OBA still has Walnut Shrimp and General Chicken, among other Chinese-American classics.”

Damond Lee has created many memories in Sacramento’s dining scene. Before OBA, two additional restaurants, The Izakaya and Sushi Café, and more recently Shoku Ramen Bar, receive rave reviews. About any other restaurants, Damond says, “It’s about timing and economy – if the location is good – I’ll never shut the door and leave my options open.”