At the edge of Packer Lake 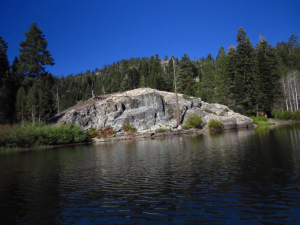 The window between autumn and winter is quickly closing. Only yesterday it was summer. Winds are lifting the treetops and sweeping diamond lights across the lake. Birds reclaim homesteads, crying raucous above the silence.

Human sounds have retreated replaced by the sounds of creaking pine limbs and bird voices. The lake laps at the shoreline. Boats sit empty longing for the return of spring. A doe, with liquid black eyes, moves past without a sound and nibbles fading willow and grasses. 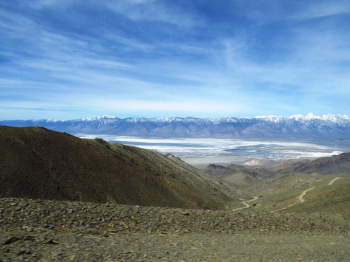 On a moonless night,
A jeweled sky thick with constellations,
Crowns the eastern Sierra.
Peering into darkness
I wonder, "Is this the same sky?"

Clouds of gray and white,
Shadow and light,
Like atomic plumes flung skyward,
Kiss the blue and drape the peaks,
And still I ask, "Is this the same sky?"

A blazing morning sun drenches
Scented sage and pine.
A still, azure plain stretches flat and clear
Above Inyo Mountains and high desert valleys.
In my eyes, "Is this still the same sky?"

Can anyone say:
Before the Spanish missionaries;
Before the buffalo and grizzly bears;
Before the rush to riches and water wars;
Before Muir and Adams;
Before asphalt ribbons and all-terrain...
"Is this the same sky?" 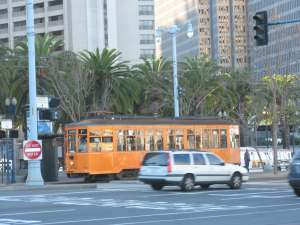 At the crack of dawn, an odyssey,
Along sleepy city streets,
My small town heart rejoices,
At my big girl retreat.
The antique trolley,
Clangs to a stop.
And I scramble aboard,
With a jump! Skip! Hop!
One would never imagine,
In my life at this time,
Such a routine experience,
Could be so sublime.
And the joy of a ferry,
That whisks me away,
From my big girl adventure,
In the city by the Bay. 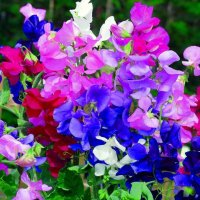 The house in England
was full of pastel petaled sweet peas
that grew on the garden trellis.
Their subtle honeyed scent
wafted across my senses.

Twenty years later,
each inhaled sweet pea
returns me to that idyllic summer.

Zadie, my story-telling grandfather
who lingered over the simplest meals
relishing each morsel
and called my sister, “Madam sauerkraut”
smoked a pipe.

He died in 1969 but the aroma of burning pipe tobacco
touches a warm inner recollection
of his rough, unshaven cheek as it brushed against my face.

My aged neighbor
kept her doors keyed, bolted and padlocked
windows closed and heat turned on high.
The house was full of 94 years and
on summer evenings we sat on the porch and talked.

An elderly person sat near me
on the morning bus.
That same musty smell tapped my memory
and, turning, I have expected to see her there.
I miss those warm summer nights.

When you are gone,
the remembrance of your fragrant cologne
haunts me –
on my hands, in my bed, on other men.
I drink it in
swallowing the impassioned images in
breathless gulps.

My memories are fading…
Pass the decongestants. 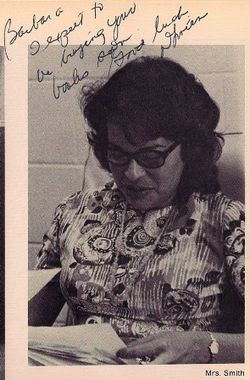 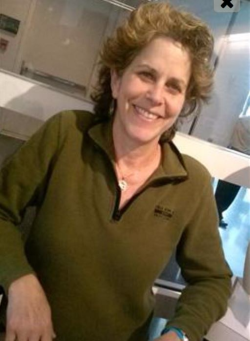 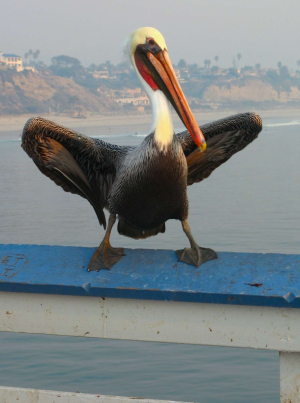 The pelicans dip and roll
and glide,
As if on some unseen
theme-park ride.
In formation they follow
in fluid motion,
On an invisible path,
across the ocean. 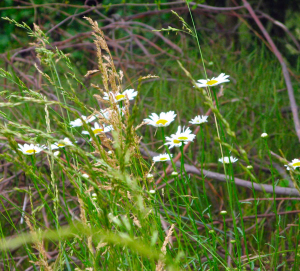 It is motoring meditation
Along the rutted back roads of my Virginia homeland.
Handlaid rock walls and split-rail fences
Lace the boundaries of historic farms and country estates.
Songbirds — blue, red and yellow — dart like rainbows
Across the road and zigzag trees thick with greenery.
Buddha cows wade through the velvet of belly-deep grass,
While weathered farmers practice the Zen
of John Deere and Toro.

Proceed with caution:  Suburbia ahead. 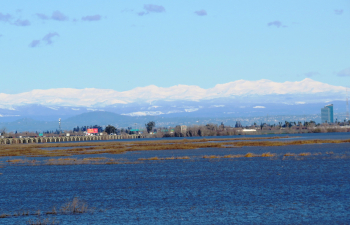 On a slow glide towards swollen waters of the Yolo Sea,
A lone cormorant sets its landing gear,
Braced against his final approach.
The highway stretches before me
To a shallow sky and
Sierra Nevada fat with snow.

The following article was originally published in the Sacramento News & Review, January 21, 2010. This episode in my life still has me wondering. There are still no answers. Dale would probably tell me to stop asking questions.

The word of the day is reconnected.

“I just reconnected with so-and-so!” It’s the latest thing, thanks to the magic of Facebook and the great pastime called “social networking.” Honestly, I never understood the phenomenon or the fascination with spending hours and hours recounting pointless bits of information. Was this really reconnecting?

But a recent Facebook encounter has me looking at social networking in a whole new light. It also has me asking some big questions of the Universe.

Recently, I decided to attempt a modern-day, Facebook reconnect with a friend from the past named Dale H. The two of us met in 1986, dated briefly and then went our separate ways.

Thursday, December 3: Just a few keystrokes and poof! Simple! I located Dale on Facebook and sent him a message.

Friday, December 4: Dale responded. He was happy to hear from me and provided a phone number. We made voice contact. He was living in Los Angeles but spending time in Sacramento caring for his elderly parents.

Saturday, December 5: We are supposed to get together, but missed the opportunity. He had things going on.

Sunday, December 6: We spoke again and say we’ll hook up sometime in the next week or two. Maybe breakfast at the Fox & Goose where we met 23 years ago?

Wednesday, December 9: My cell phone rang. “This is Barbara,” I said.

“This is his daughter,” the voice told me. “I wanted to let you know my dad died this morning.”

Needless to say, I was stunned. Dale was a young man; just 51 years old.

I was left to wonder, “Why? Why now? Why Facebook?” Was this another case of “be careful what you wish for”? Or was there some other ultimate social-networking lesson to be learned?

Esoterically, a friend told me, “Somehow, he reached out to you to find him.” And I liked that explanation and that idea that, somehow, the phenomenon of social networking brought us back together, even if just for a moment. His family didn’t know who to call and found my number on his cell phone. I had a few people I could reach to let them know what had happened to Dale—some, strangely enough, through his Facebook account.

I have told this story of my ultimate social-networking experience repeatedly to family, friends and strangers. Thanks to Dale, I now say to everyone: If there’s someone out there you’re missing … someone you have wanted to find—reach out and reconnect. Don’t wait!